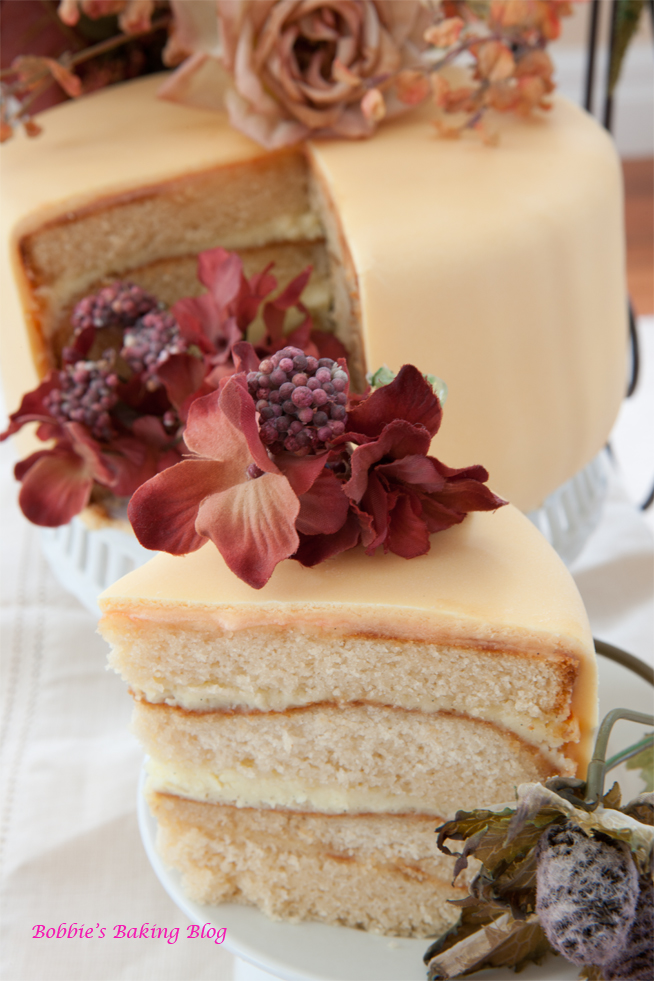 This is one amazing cake

Today is the first day of Fall and my psedo mother’s birthday I thought this cake would be apropos. I was blessed ten years ago to meet a wonderful, good hearted women, Jean, she and I became close in a short span of time, I have an odd relationship with my own mother, and father for that matter (my parents were divorced when I was six). I have always thought of myself without parents, until Jean entered my life, Jean was a godsend to our entire family; she was the type of person who would jumps in with both hands, help where help is needed and never ask for anything in return. She had a unique view of life and took the bad with the good; she believed too many people expected life was suppose to be perfect. When she became ill she made it perfectly clear if I cared about her I would honor her with happy memories. She was a straight to point about everything and expected me to be straight with her. Though I miss her terribly I will try to keep my word and celebrate her birthday as though she was still with us. 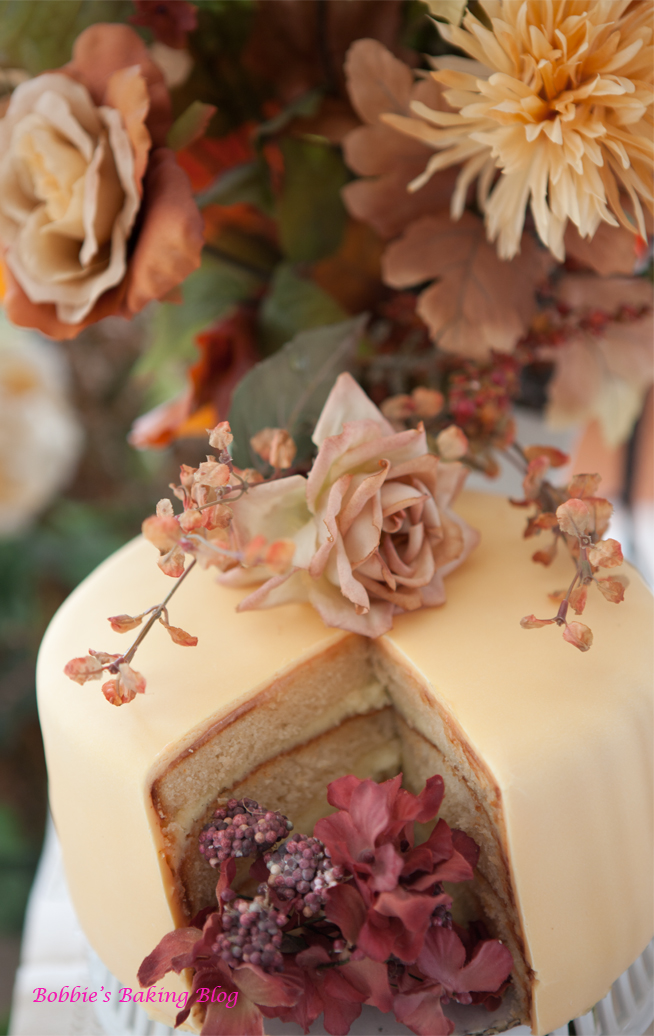 Jean was addicted to dulce de leche, I caught her eating it straight from the can once. Sydney thought it would be a brilliant idea to honor Jean’s wishes with a dulce de leche birthday cake decorated in Fall colors, I agreed. I must admit it was exciting to work side by side with Sydney creating this recipe. On one faithful morning my head was lost in the clouds, until I heard Sydney squeal. I had accidentally drenched her with egg whites instead of the mixing bowl, at first she was annoyed, but within 30 seconds later we both were laughing so hard tears began to run down our cheeks. Jean would have loved seeing me “mess up,” she thought I was too intense and needed to give myself a break. 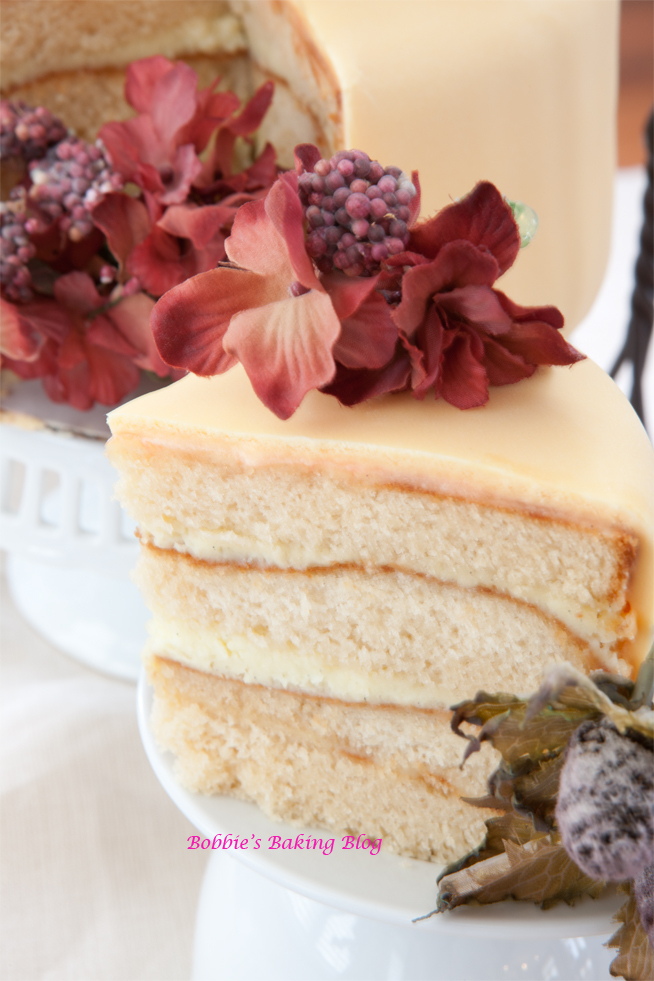 Luckily all the egg whites made their way into the batter

We used this recipe for quite a few small cakes, I referenced the dulce de leche cake in about with three separate posts. To be completely honest I went back and forth as to whether I wanted to go public with this recipe. Sydney finally reminded me Jean would have not thought twice about sharing a special recipe. She believed the best way to be apart of life was share yourself with it. 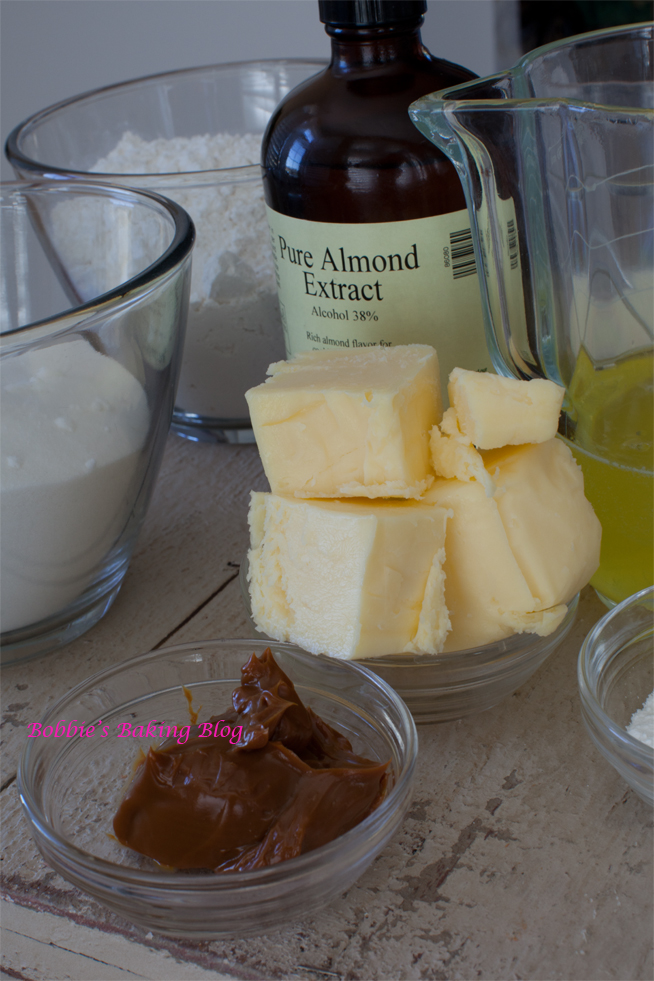 In the bowl of a standing mixer, with the paddle attachment, sift all the dry ingredients and mix on low speed just to blend. Add the butter, dulce de leche, and remaining 18o gram/3/4 –cup of milk. Continue to mix on low speed till the dry ingredients are moistened, raise the speed to medium and beat for about 2 minutes. Scrape down the sides and gradually add the egg mixture in thirds, beating for 20 seconds after each addition. Scrape down the sides.

Pour the batter into prepared cake pans, smooth the top with a spatula. The pans will be about half filled. Bake the cake for bout 20 to 25 minutes, or until a cake tester comes out clean and the center of the cake springs back when gently pressed. The cakes will not begin to shrink until after they have been removed from the oven. Allow the cake to cool for 10 minutes. Loosen the sides with a metal spatula invert onto a cooling rack lined with parchment paper. Re invert to prevent cracking.

Cut each of the two 8×2-inch cakes in half horizontally. 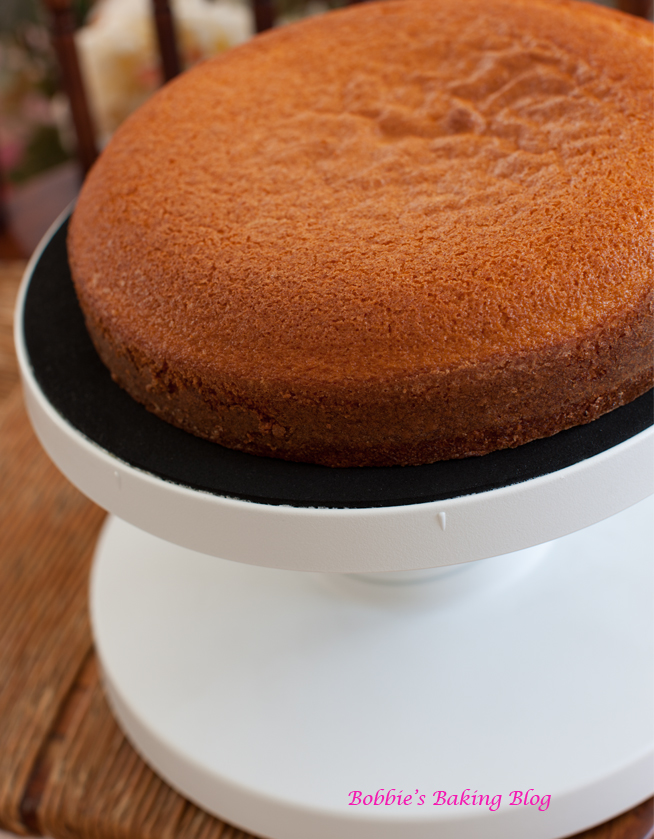 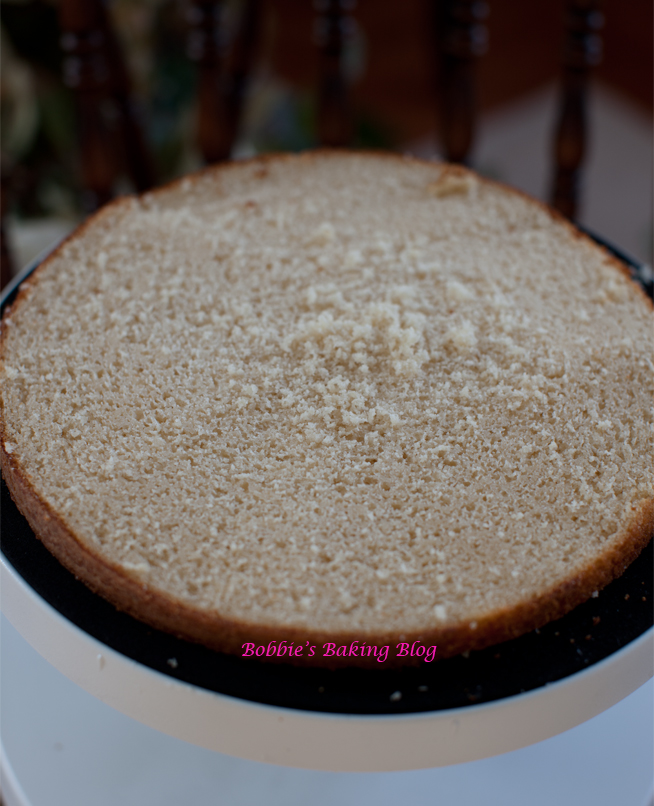 Place on of the four halves on an 8-inch cake board onto a cake turn plate, place a small amount of crème mousse line under the cake to hold in place. Using a medium ice cream scope place one scant round of the mousseline on the top of the first half, spread evenly with an off-set spatula , and place next half directly on top of the mousseline. Keep alternating between the mousseline and the cake until the final layer is  in place. Allow the cake to set for 20 minutes in the refrigerator.

1. Frost a layer of the cake, place the bottom layer on cake turn table. Place small strips of waxed paper under the edges of the cake to keep the serving plate clean during frosting; remove the strips after you finish all your cake decorating.

2. Using an ice cream scoop, scoop a mound of frosting, about  on top of the bottom cake layer. Spread it evenly over the cake with an offset metal spatula. Place the second cake layer on top. with the rest of the layers, repeat the process.

3. Now frost the side and top with a very thin layer. Spread the sides of the cake with an off-set spatula, finish with a layer of frosting, working from the top toward the bottom as you rotate the cake. Wipe the spatula with a warm wet paper towel before it dipping it back into the bowl of frosting, and keep it well coated with frosting so it doesn’t pick up any crumbs.

Now you have a crumb layer. 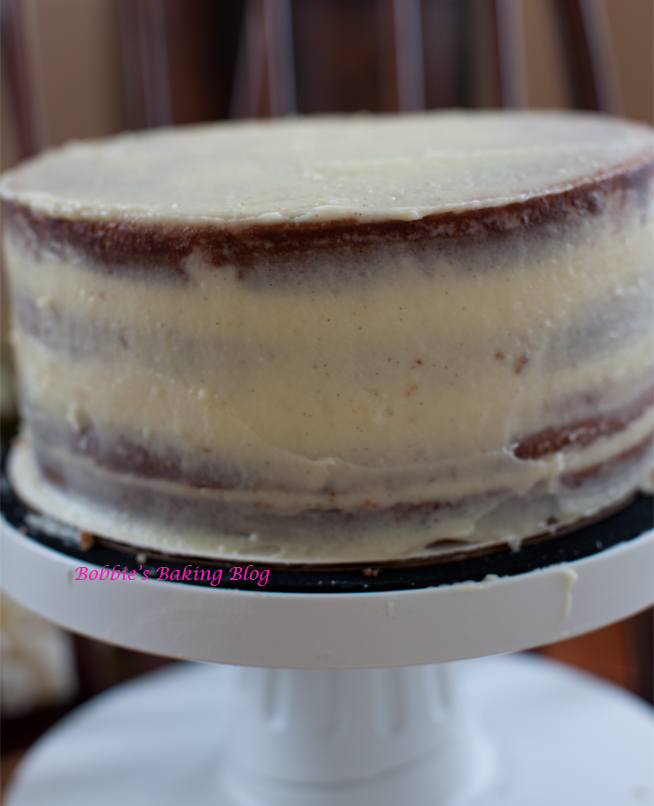 Instead of buttercream we used a moussline

Since the mousseline was moist enough for the fondant to adhere we rolled the fondant to the correct size, draped it gently over the prepared cake, smoothed the air bubbles out, and allowed the covered cake to dry. 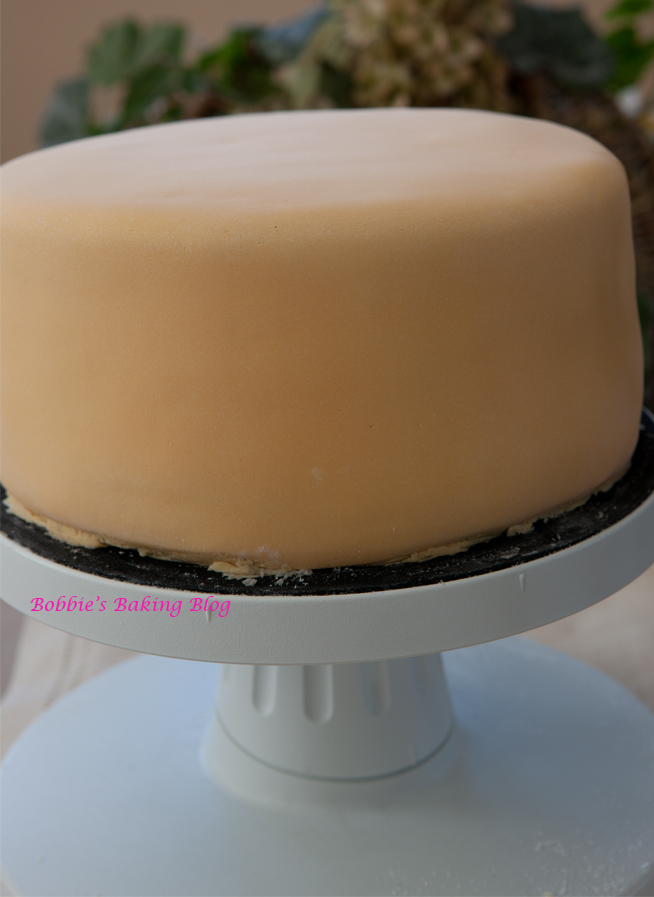 I am planning to post an entire article on  how to fondant and decorate a cake with gum paste and pastillage; I don’t want to overwhelm anyone.

I know Jean would have adored the cake, but more importantly she would have understood we designed the entire cake around her out of our hearts. I miss her everyday, but I am glad I had the chance to honor her. I hope you enjoy the cake too! 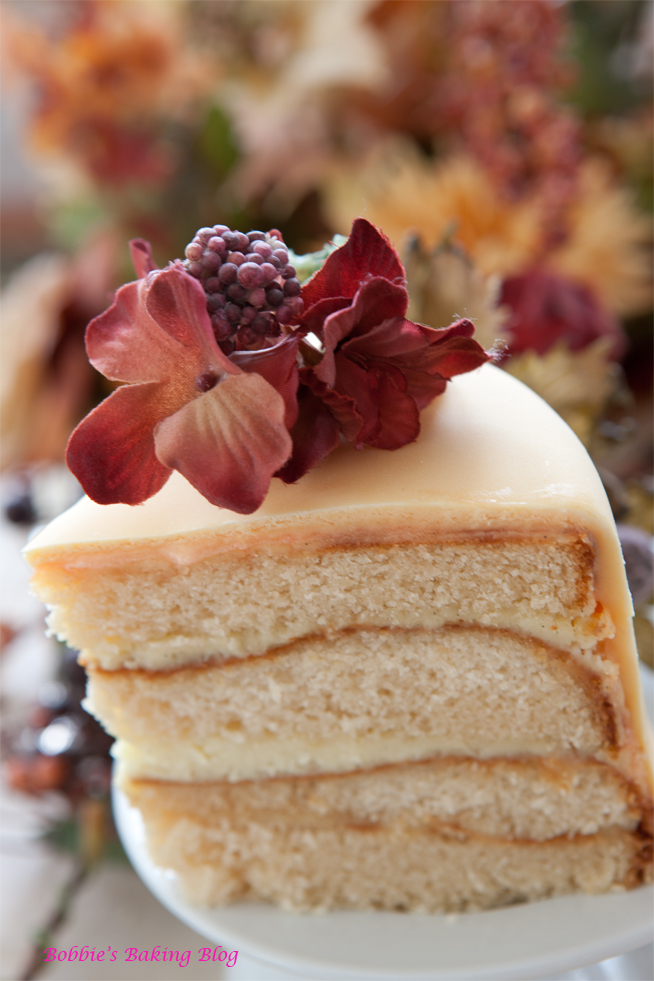