Cassis-Cherry Marshmallows, a New Flavor for a New Year 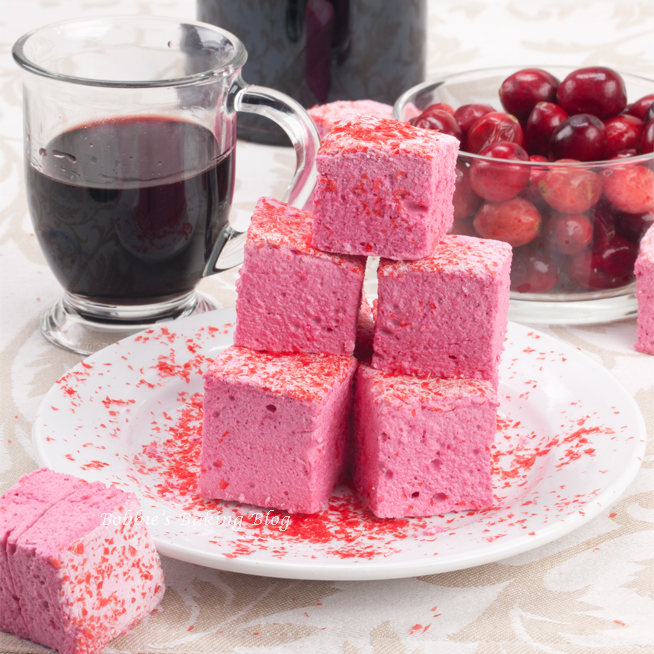 I think this is my favorite flavor. I couldn't find red currents so cranberries were substituted for the photograph

This past December Sydney and I created a heavenly Very Cherry Berry Coffee drink. As I sipped on my warm delicious spirited coffee I asked Sydney if she thought we might be able to turn the flavor into a Dreammallow (the marshmallows are so light they taste like a dream). We played around with cherry, red, and black current flavors; the Cassis-Cherry Marshmallows were born.

Sydney and I felt like “mad” scientists in the kitchen testing combinations of flavors. Whenever Sydney and I are testing new recipes we have a brilliant time together. While we are playing (testing) recipes the sky is limit. The only variable is our imagination; it either holds us back or aids in a recipe we are proud to share. Lucky for me, Sydney is quite flexible when we are tossing ideas out. I won’t claim every idea is a winner, but we are alway entertained by one other and laughter can be heard down the street. Whenever DF is home he feels as if he just missed the set up line to a great joke; generally we are laughing so hard tears are pouring from our eyes and all he can do is shake his head. 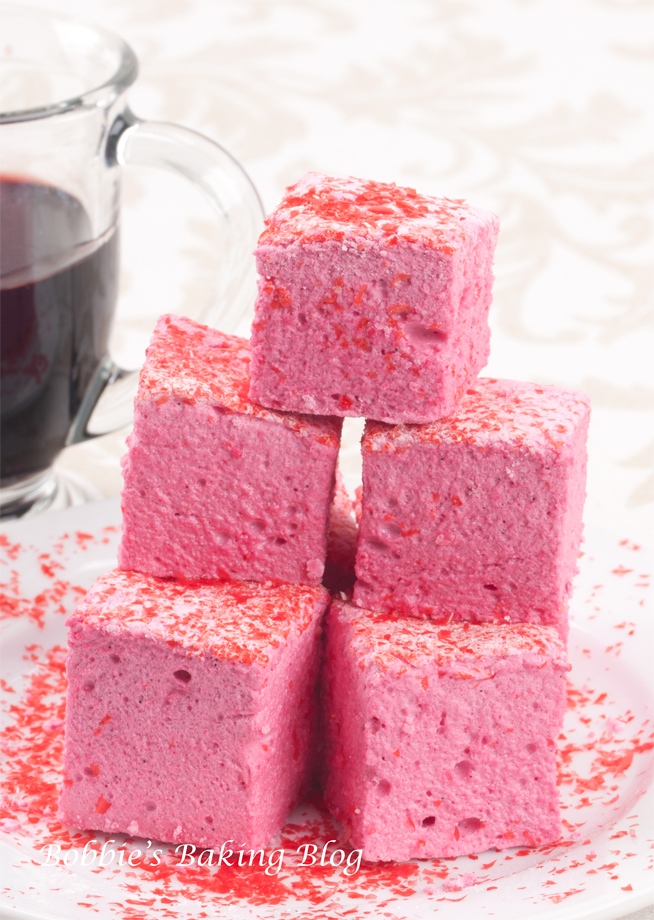 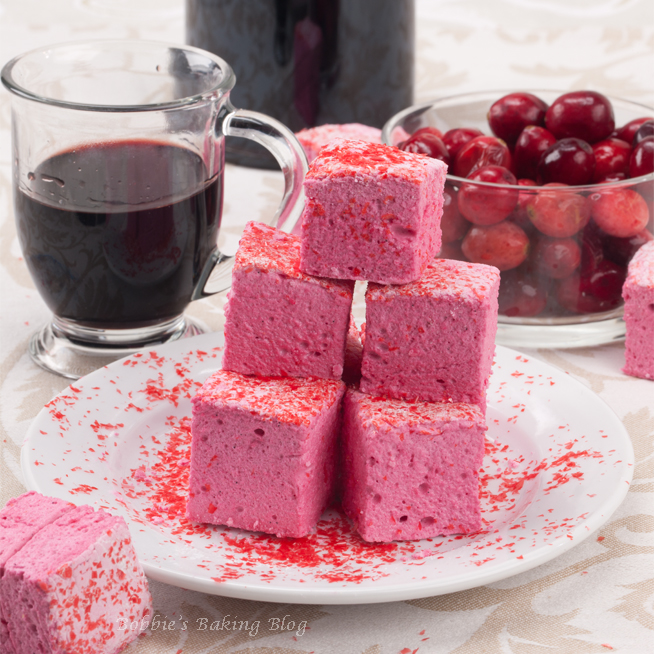 I would relish your opinion after tasting the marshmallow

Prepare the cornstarch and icing sugar (we prepare extra and store the mixture in a airtight container for later use). 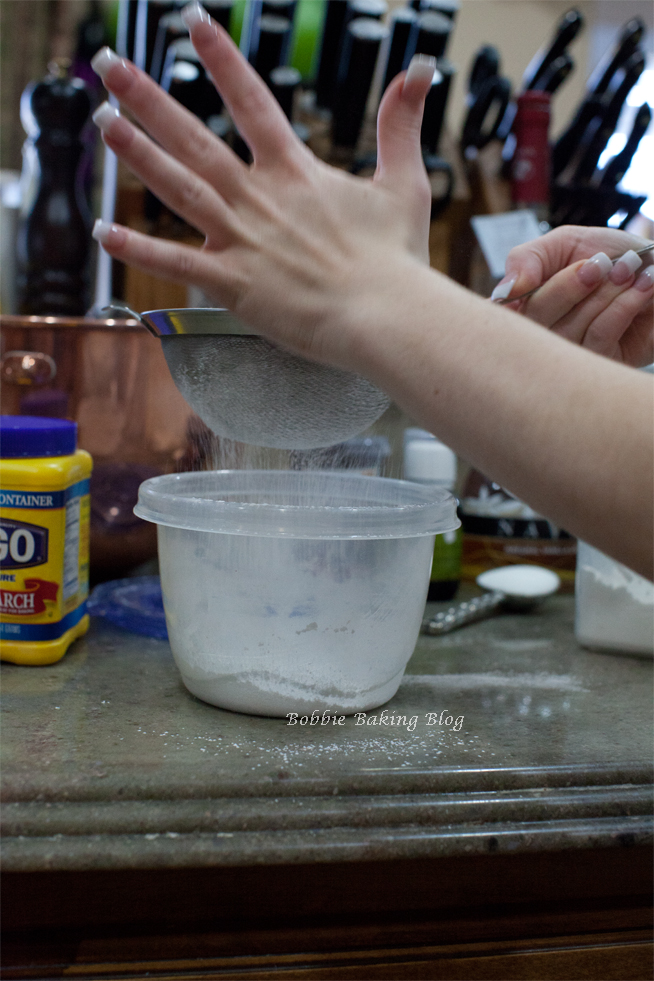 Sift a least twice for a fine dust

Line a square 20 by 20-cm (8 by 8-inch) baking dish with parchment paper and sift confectioners sugar with cornstarch liberally. Place or sprinkle the gelatin into a bowl over a ½ cup of ice cold water. 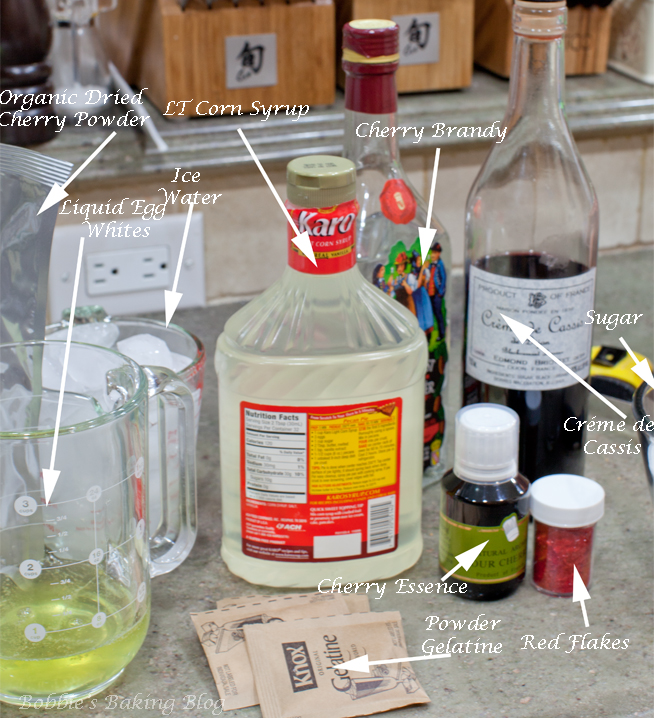 In the bowl of an electric mixer, pour in the egg whites and a pinch of salt. Beat on low speed until frothy. Add the cream of tartar, if not using a copper bowl.

In a small saucepan combine the hot ½ cup of water, granulated sugar, corn syrup and salt. Place over medium high heat, cover and allow to cook for 3 to 4 minutes. Uncover, clip a candy thermometer onto the side of the pan and continue to cook until the mixture reaches 116 degrees C/ 240 degrees F, approximately 7 to 8 minutes. Once the mixture reaches this temperature, immediately remove from the heat. 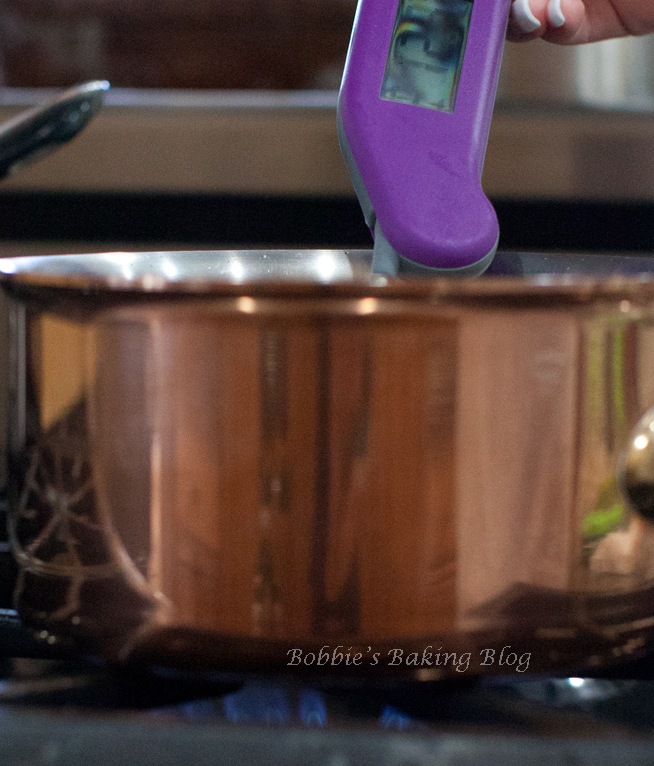 Swirl the pan over a low heat till the sugar is completely dissolved, increase to medium-high to achieve the correct temperature

When the syrup reaches between 99-110 degrees C/ 210 and 220 degrees, increase the speed of the mixer start to whisk the whites until they are medium peaks (do not overbeat).

Turn the mixer on low speed and, while running, slowly pour the sugar syrup down the side of the bowl into the meringue and add gelatin mixture. Once you have added all of the syrup, increase the speed to high. Continue to whip for approximately 7-9 minutes. Add the vanilla bean and flavoring of choice during the last few minutes of whipping. While the mixture is whipping prepare the pans. 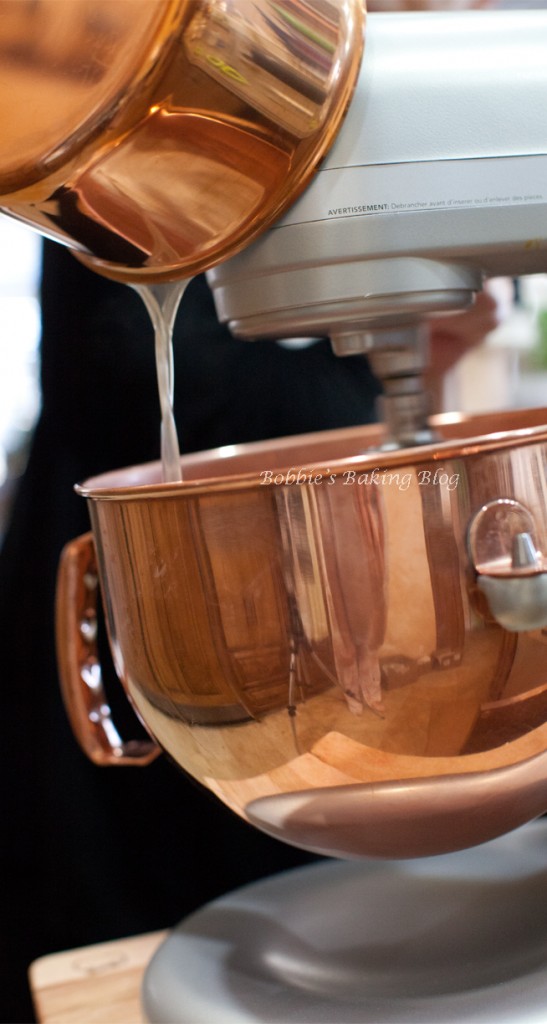 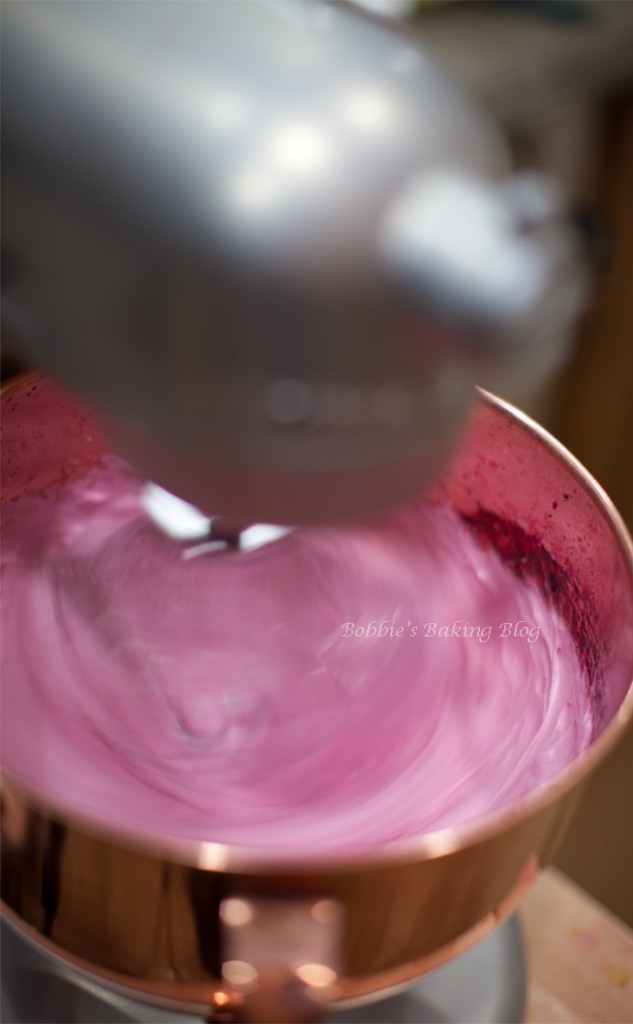 Whisk the marshmallow until it holds a medium peak, but not stiff.

**If you don’t want to use alcohol substitute essence or extract flavoring.

Place the marshmallow mixture in the prepare pan, dip your hands lightly in cold water, flatten the mixture, and sprinkle with the cornstarch- icing sugar and decorative red flakes. Let sit overnight, and the following day cut into squares. These marshmallows can be stored in an airtight container. 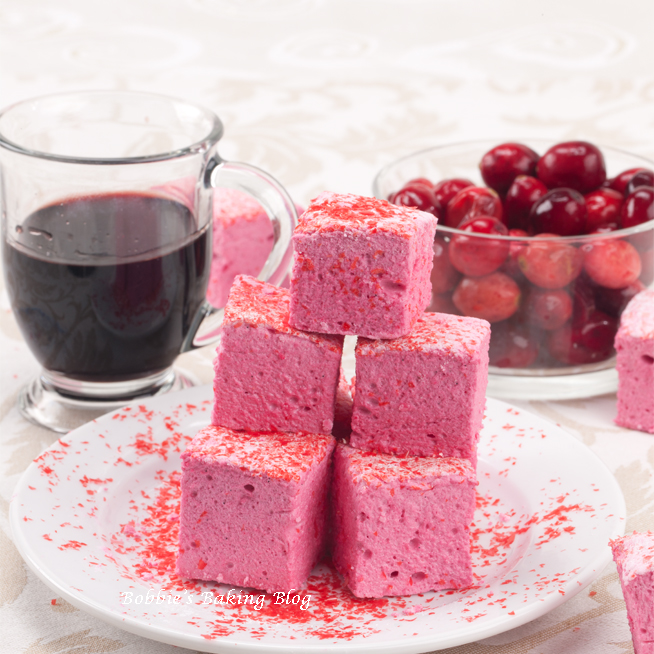